The city of Austin is a liberal bastion in a conservative state. It all started back in the 70’s and 80’s when the city had a small reputation for being different. Then all of those who felt they were different flocked there, because they wanted to stay in their home state, but live in a different environment. Since then it has become the gay mecca of Texas, and a place where open-minded people come to stay in the south.

Austin, TX is so gay friendly that it even has its own LGBT Chamber of Commerce. This is an organization that helps to support and promote businesses that are run by LGBTQ owners and executives, and boy are there a whole lot of them! Based on the number of gay owned businesses, you can be sure there are many gay and bisexual people in town, and a lot of them are single and looking, just like you but finding them without a system to help you can be a challenge. That’s what TheSystem.us is here to solve!

Not only does Austin have some super fun gay bars like Oilcan Harry’s which is popular for drinking and dancing with a new date, they also have gay friendly hotels, where people can stay when they come to visit their homosexual friends and lovers. Another bar that is a favorite of the local queers is Cheer Up Charlie’s, which has somewhat of a hipster vibe, but is very accepting of anyone who falls under the queer spectrum.

If you want to enjoy the outdoors - and some nudity - with a date, head to Hippie Hollow Park. It is a beach on Lake Travis that is the only nudist beach around Austin. There is a specifically gay section of the beach where dudes can walk around naked and gawk at each other. It’s the perfect way to check out the package before you commit to it.

When you want to enjoy all of the queer things that Austin has to offer with someone special, just call

(512) 730-3773. It’s the number for a free gay chat line that will give you access to gay, bisexual or curious singles just like you who want to find someone else to share this wonderful town with!

Austin Texas is a great place to live and work for anyone, but especially for LGBTQ people in the state of Texas. The queer singles in the area turn to The System to hook up with each other because it’s just so convenient. You don’t even have to leave your house or put on pants to chat with a local cutie or stud and get to know them. It’s free to try, and pretty much everyone who tries it keeps coming back to use our Austin gay chat numbers again and again. 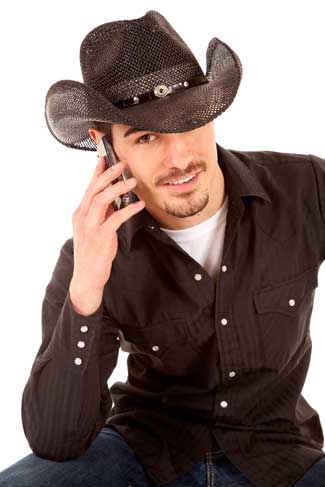 * The free trial offer is for first time callers to (509) 876-5000 / TheSystem®.  One free trial per phone number.  Long distance charges may apply, check with your provider.

Content is protected by international copyright laws.  Unauthorized copying or duplication in any form is strictly prohibited without the prior written consent of TheSystem.us